My time with the Torchlight 2 beta featured some incredible highs and some disappointing lows. A lot of things about the game felt carelessly designed, which can't be shrugged off with a “well, it's just a beta,” especially with the expected release date so quickly approaching. However, the Engineer class offered a glimpse into what the future could hold for Torchlight.

Here are some best builds in Torchlight 2, verifiable by elite NG+5 Tarroch's Tomb run. Watch YouTube playlist above. Kiron Connor: Berserker: Can kill Netherlord just by Rage Retaliation. Can beat Tarroch's Tomb with level 1 white weapon. Kiyara Rover: Outlander: 'Untouchable'. How can I survive the elite difficulty in Torchlight 2? (the Estherian Steppes). This time through I'm trying out a two-handed engineer, which I've had good success with on other difficulty levels. However, my character simply cannot stay alive against the monsters I'm fighting. Summons are your HCE char's best friend! Always have 2.

The biggest problem I had with Torchlight 2's actual action was the lazy resource management system. Need mana? Drink a potion! It's not an incredibly deep system, especially compared to how resources are implemented in Diablo 3, with each class having various ways to spend and recover their skill-using resource. Of course, Torchlight 2 has another resource, the class-specific “charge” resource, which is built by damaging enemies but has class-specific effects and usage. However, I found that the charge mechanic didn't bring enough to the table to make resource management interesting, with one massive exception: The Engineer. Let's take a look at how the Engineer's charge mechanic brings some much needed depth to Torchlight 2 and makes it more than a potion-drinking simulator.

The first thing you need to know is that the Engineer is the only class whose charge is measured in discrete stages, from zero to five charges. Sure, you can have 3.5 charges, but that extra half a charge won't have any effect on skills that are based on charge level – it's just progress toward your next charge. There are three things you can do with an Engineer's charge: build it, spend it, or use it to empower skills without actually spending it (we'll call this “accessing” charge). The way these three facets of charge interact both with each other and the Engineer's mana pool creates some of the best action RPG combat I've ever seen. There's simply incredible risk-reward action going on, and the need to balance mana, charge, offense, and defense keeps things fresh and exciting in a way I just didn't get with the more passive charge mechanics of the other classes. Let's take a look at the faces of charge and why they work so well for the Engineer:

Since charge quickly fades when you're out of combat, you'll usually enter a battle with no charge and full mana. You can build up your charge rather slowly by using your basic attack, but doing so means that you're delaying access to your charge. Meanwhile, your mana is sitting there at full, so your mana regeneration is going to waste. Fortunately, the Engineer has access to skills that will generate more charge than a normal hit, but cost some mana to use. This creates an interesting bit of risk-reward gameplay – use your charge-generating skills overzealously and you won't have enough mana to use skills later in the battle. Get too stingy with the skills, however, and you won't have enough charge to spend, which will greatly limit your defensive and offensive abilities.

Some skills don't spend charge, but instead just gain bonuses based on how much charge you currently have. For example, the skill Ember Hammer can be used regardless of your charge level, but does an extra 10% damage for each level of charge you have. Since Ember Hammer doesn't spend charge or have have a cooldown period (some skills do), you can unleash a flurry of consecutive extra-damage attacks – provided you have the mana. This is the “reward” part of the risk-reward aspect of building up charge; if you were able to build up charge without spending too much mana, you'll be able to use the fully-empowered Ember Hammer more times (and you'll get a better return on your mana than if you used Ember Hammer more times at a lower charge). The fact that you don't lose any charge with this skill (and several others like it) help make the “race to the top charge level” a fun and rewarding experience.

While no skill requires that you have any charge, many skills will consume some or all of your charge if any is available. In return, the skill will gain bonus effects. Two such skills are Flame Hammer, an area attack which will use one charge to gain extra range and damage, and Forcefield, which creates a defensive barrier around the Engineer that absorbs a small amount of damage, but will consume all available charges and increase the absorption amount based on the number of charges consumed. The bonuses for spending charge tend to be better than the bonuses you get for merely accessing charge, which makes sense since you're actually losing charge in the process. But now you have a lot of (fun!) questions to ask yourself in a battle. Should you spend some charge with Flame Hammer to try to thin out the herd of enemies as early as possible at the cost of being able to use fewer fully-charged Ember Hammers? Should you wait until you have all five charges before using Forcefield to get the most defensive bang for your mana, or will that leave you with no charge and not enough mana to quickly rebuild it?

In short, what makes the Engineer's charge mechanic work so well is that it functions as an interesting resource, something that Torchlight 2 appears to be sorely lacking. While the interplay between charge and mana would be even more special if you couldn't have your cake and eat it too by just spending mana to build charge and then drinking a mana potion, it still works as-is. When compared to the other “get a bonus for filling it up” charge mechanics for the other classes, the Engineer's charge provides versatility, depth, and most importantly, fun. When you build that charge quickly using the right combo of skills and basic attacks, access it for a series of powerful attacks, and then spend it to either mop up your enemies or gain a defensive edge against tougher foes, it feels absolutely incredible. And when you fail miserably, you know it was because you didn't balance your mana and charge needs very well. The other classes in Torchlight 2 have this sort of inevitability about them – you either have the stats required to win a fight or you don't, and that inevitability and lack of excitement is mirrored in their charge mechanics. With the Engineer, though, every battle is a hands on affair, and it's a thing of beauty.

I'm trying for the third or fourth time to make it through the Elite difficult level in Torchlight 2, and as usual, I'm unable to proceed past the second stage of act 1 (the Estherian Steppes). This time through I'm trying out a two-handed engineer, which I've had good success with on other difficulty levels. However, my character simply cannot stay alive against the monsters I'm fighting. The Healing Bot, for example, simply cannot provide enough heal points fast enough, and I inevitably run out of healing potions.

My problems typically go one of two ways:

Long story short, what should I be focusing on to survive (and eventually beat) the game in Elite difficulty? I know the game says I should expect to die a lot at this difficult level, but the brick wall I find myself up against seems impassible.

Firstly this mode WILL require you to be carefule more than the others. The damage spike from the monsters means you are vulnerable to be OHKO(One-hit KO) with certain monsters. The difficulty is visible from the beginning. So here is the excerpt from a thread I had started on the official forums HCE help/guidelines. Credits to miniminionette on runic games forums 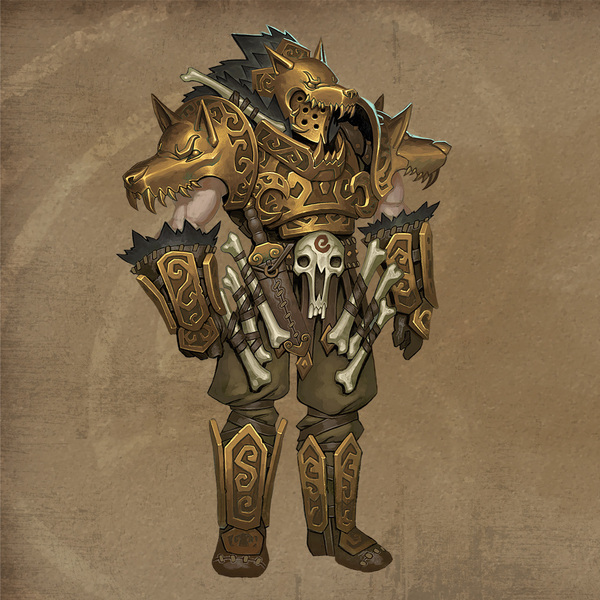 Not the answer you're looking for? Browse other questions tagged torchlight-2 or ask your own question.